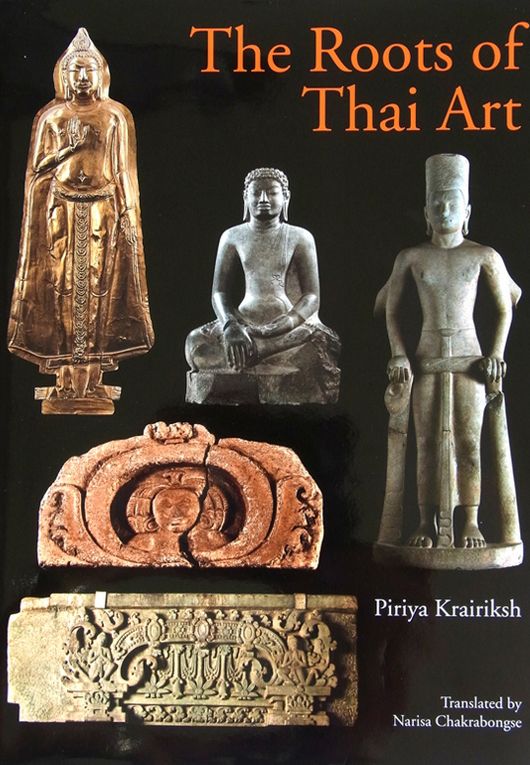 The Roots of Thai Art

The genius of the Mon and Khmer peoples, who inhabited what is present day Thailand from the 4th to the 13th centuries, manifested itself in the absorption of influences from India and China into a distinctive local sacred art with quite exceptional aesthetic qualities. Thailand’s pre-eminent art historian Piriya Krairiksh retraces these multiple interactions in the early and mediaeval period so as to reveal the roots of the unique cultural identity we know as Thai.

With more than 540 illustrations and with most icons dated to within a fifty-year period, this book establishes itself as an incomparable visual record. The description of this splendid range of early pre-Thai creations is rendered in a powerful new language of sacred art which expresses the depths of philosophy and evolving beliefs of the two major religions, Buddhism and Brahmanism, that underpin Thai society and culture today. The surviving works show that the people who lived in these ancient sites combined their wealth and most advanced technology to bring the gods in palpable form into their midst so as to ensure their own protection and prosperity in this world and the next.