The foundation's logo is a representation of the founder's name.

"Piriya" means ‘perseverance’ here represented by an image from the Jataka story of Mahajanaka, a Bodhisattva who practised the virtue of persistence. The seated figures in the logo are from a mural depicting the story in the main chapel of Matchimawat Worawihan Temple, Songkhla Province.

"Krairiksh" is represented by an adaptation of the family crest commissioned by Phraya Prasert Subhakich (Perm Krairiksh) around 1914. The word ‘krai’ means large, ‘riksh’ means bear. When the two words combine it can be translated as ‘Great Bear’, the English-language name of the star constellation Ursa Major. The stars of the constellation are represented on the figure of the bear. 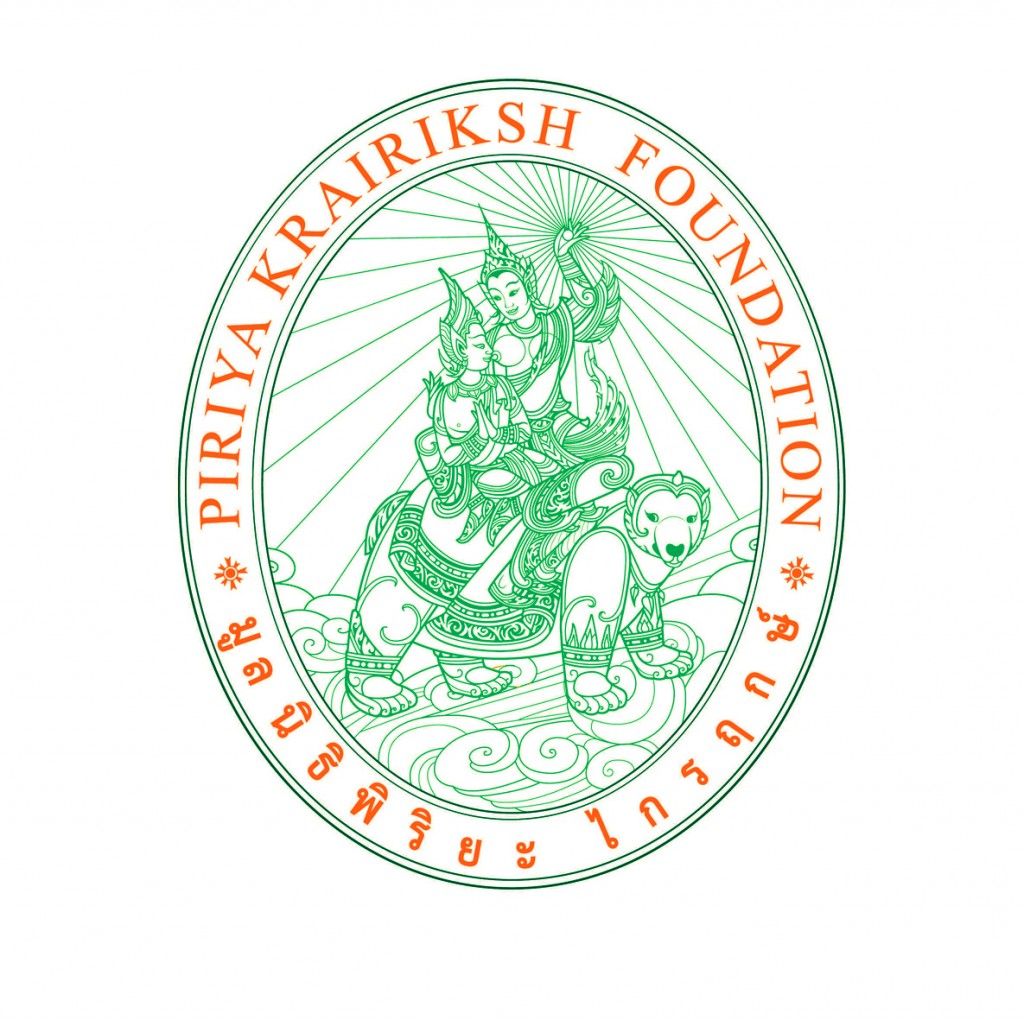